From Formula Ford to Formula 1

Lorina is one of the most successful women drivers in the United Kingdom. She currently drives Michael Schumacher’s former 1992 Benetton B192 Formula 1 car. Given her pace, there is no doubt that Lorina would have been competitive in F1 if given the chance.
Lorina was also the first woman to win the BP “Man of the Meeting Award,” following which the title was changed to “Driver of the Meeting Award.”
She is also one of the few women to be a full member of the prestigious British Racing Drivers’ Club and is currently president of the British Women Racing Drivers Club.

Driving Formula 1 cars in both the UK and Europe, Lorina is a fixture at major historic racing events, including the Goodwood Festival of Speed time trial, where she has won the Ladies Award seven times. She is certainly the only woman to have driven so many F1 cars during her career, including James Hunt’s Marlboro McLaren M23, Denny Hulme’s Yardley McLaren M19, Arrows A9 Turbo, Arrows A10 Turbo, Toleman Benetton, Osella FA1D and, of course, her current car, the ex-Michael Schumacher Benetton B192.
Over the course of her career, she won numerous races, held lap records and was fortunate enough to race twice at the historic Monaco race in James Hunt’s former Marlboro McLaren, finishing 8th out of 30. She finished fourth in both Pau Historique Grand Prix and was only close to a podium finish in the Historic F1 race at the French Grand Prix at Magny Cours.

Lorina traveled to Azerbaijan for the inaugural Baku City Classic Grand Prix with Benetton and to the United States, where she drove the ex-John Watson March 711 F1 car as a guest at Laguna Seca in the American F1 Series.
Currently, Lorina participates in the UK and Europe mainly in F1 demonstration events with Benetton, which she organizes with her husband David for THE FORCE – The Historic European Formula One Race Car Entrants 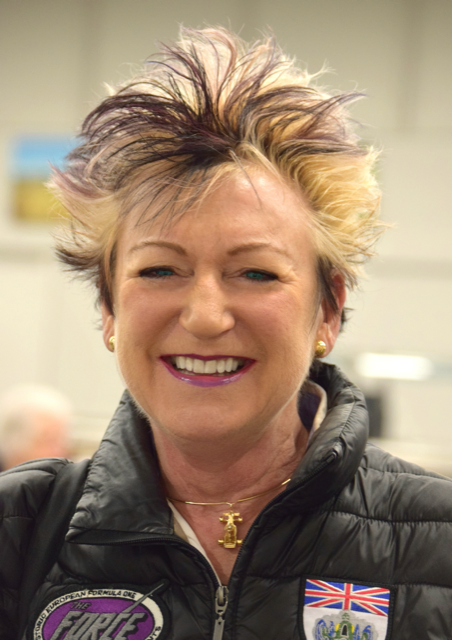 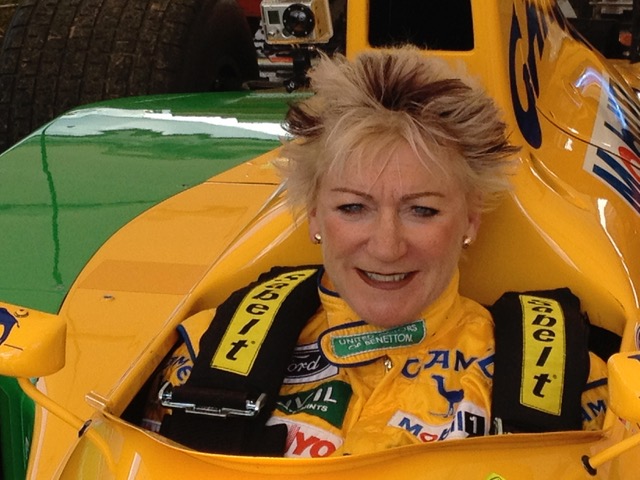 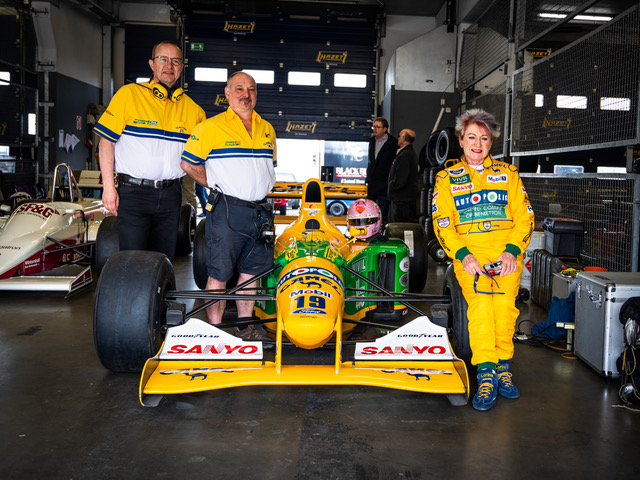