This 1991 964 Carrera 4 has been entirely modified in my garage taking inspiration from the 953 — the heavily modified 911 variant that attended and won the 1984 Paris-Dakar. During the intense workout this car went through, the 5-speed manual gearbox and the flat-6 — slightly tuned to perform on long distance hi-temperatures runs — are the only parts kept from the original car.

The chassis has been completely strengthen and lighten then gifted with a roll cage. Under the car, a 9 mm stainless steel set of plates prevents accidental damages. The massive 160 liters fuel tank can be filled quickly thanks to its two filler caps — one each side.

Two Recaro seats with TRD five points safety belts, a double handbrake, two controllers for the differentials — central and rear, they can be locked to 100% — a fire extinguisher and an air compressor — useful to re-inflate tires deflated on sand dunes — complete the interior.

Tires are 35” BFGoodrich All-Terrain T/A KDR2 — same as the ones MINI won the Dakar three times in a row with; behind them, 4 double wishbone suspensions and 4 couples of adjustable Reiger shock absorbers with separated oil tanks. 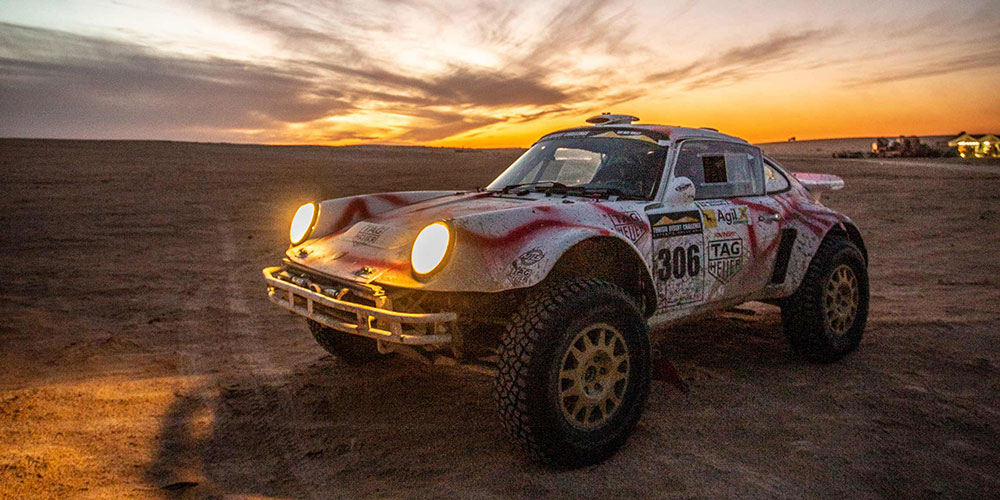 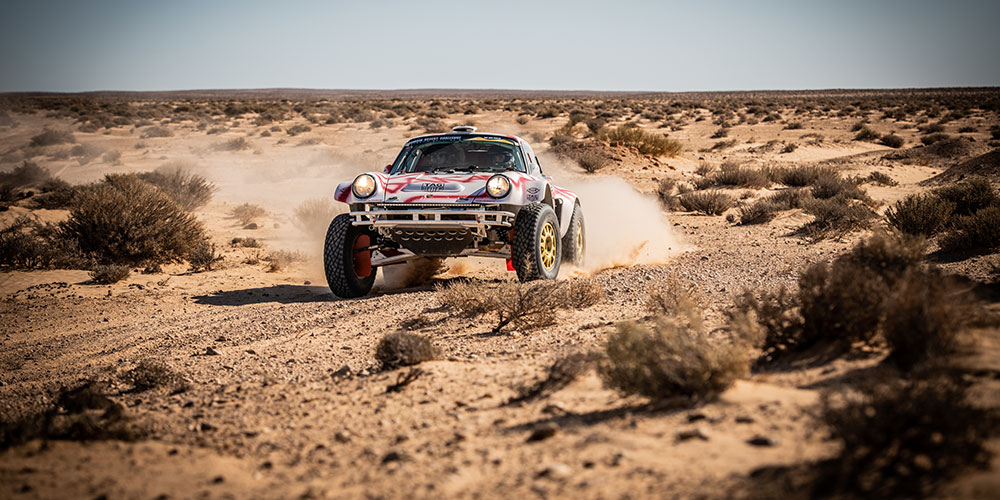 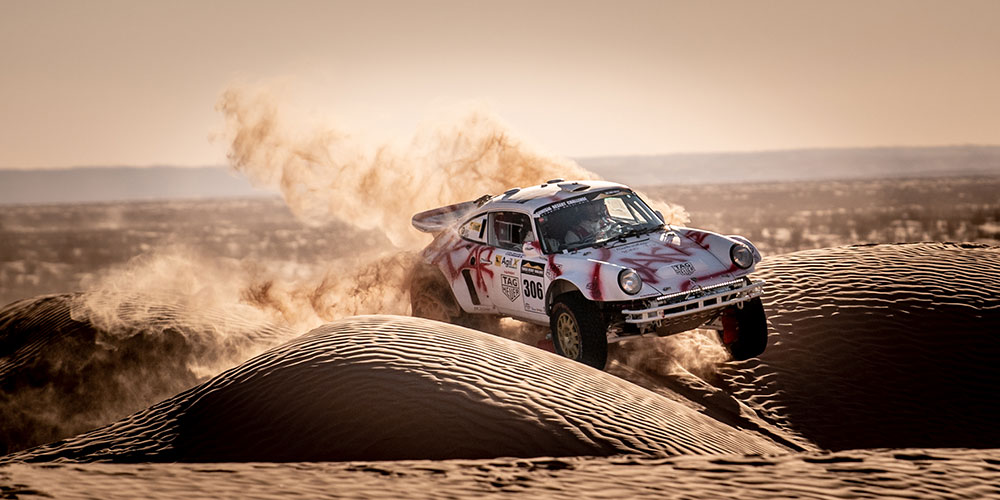 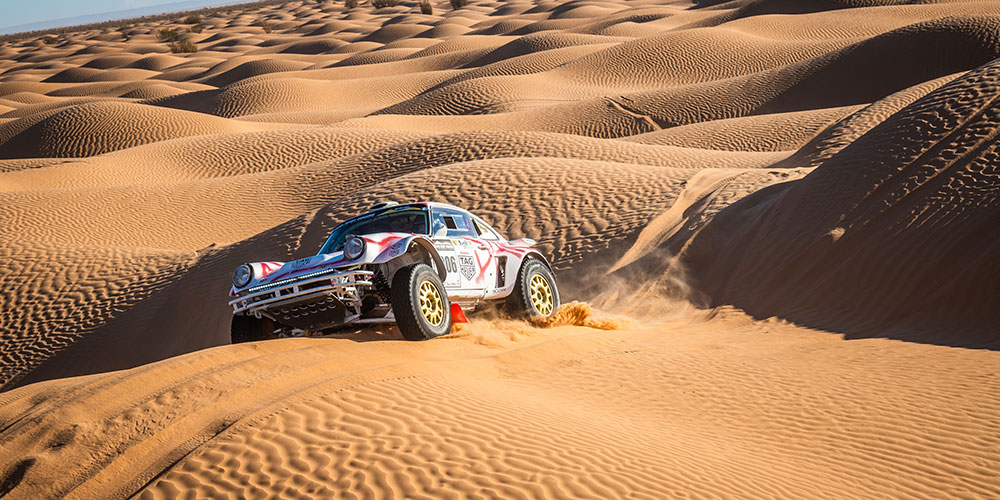 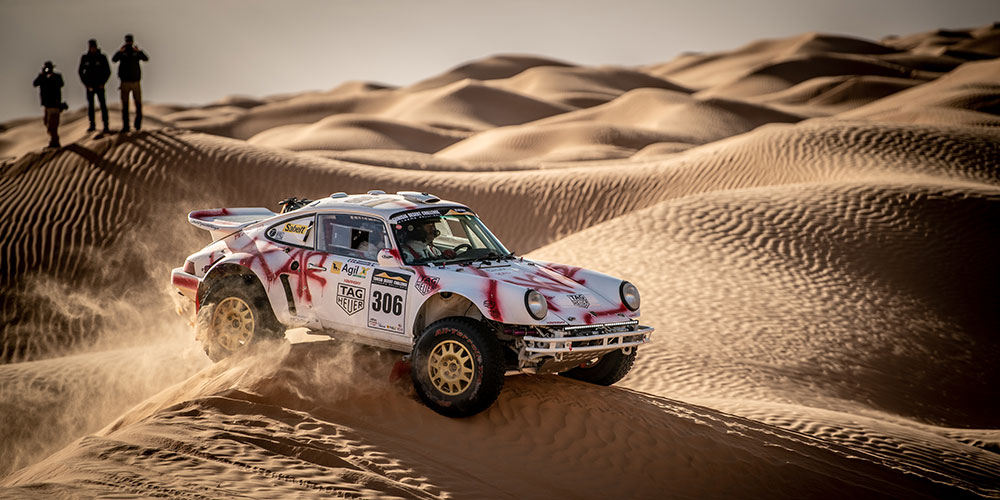 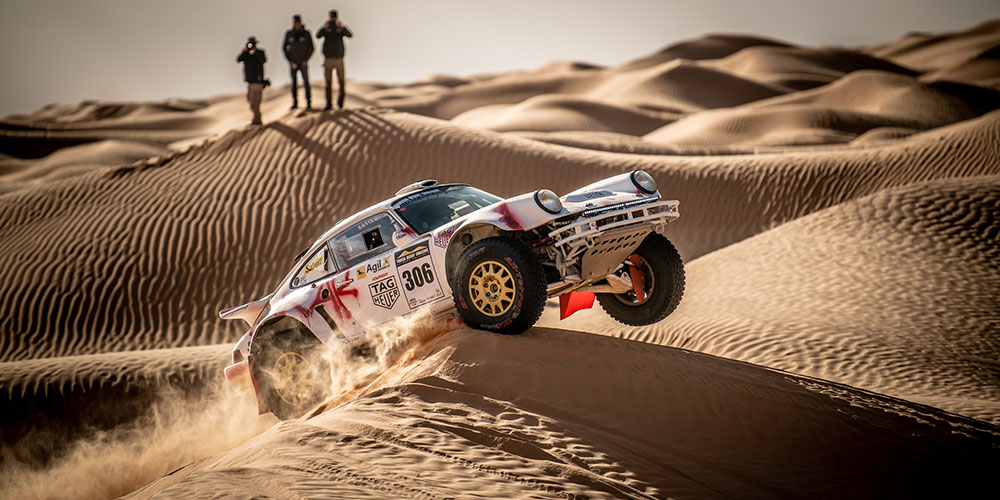 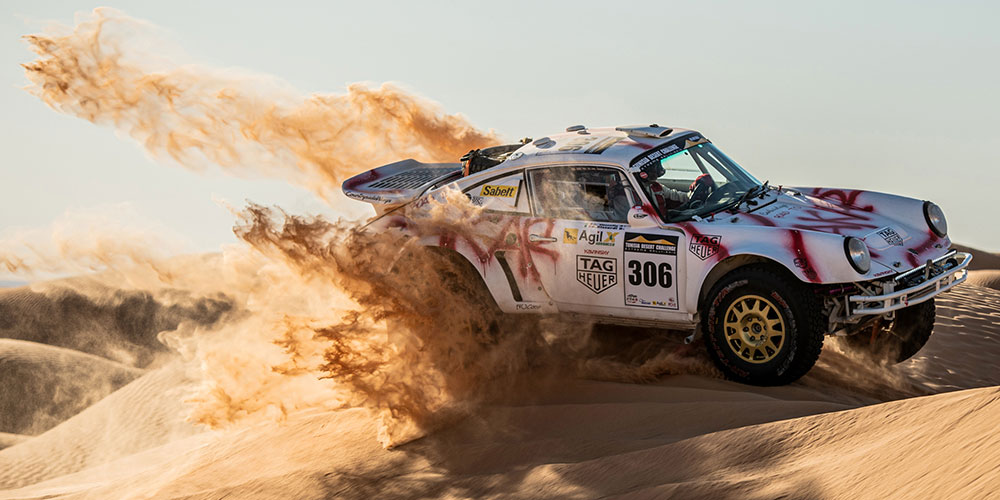